Suchit lives in Mumbai (Bombay), India and has been fortunate to have had an opportunity to travel multiple times around the globe. An ICT Professional and avid photographer. His visits included some interesting & off beat locations. Some of the countries he has visited during these travels are: USA, Canada, UK, Italy, France, Germany, Switzerland, Czech Republic, UAE, Pakistan, Bhutan, Nepal, Bangladesh, Sri Lanka, Thailand, Singapore, Malaysia, Indonesia, Hong Kong, China, Cambodia, Vietnam, Laos PDR, Mongolia, Philippines, South Korea, Japan, Australia and of course his home country India. Being an IT professional with nearly 2 decades of ICT experience and a passionate photographer, he often jokes that this way he used both his left and right side of the brain but most of all, he follows his heart.

Posted by Suchit Nanda on January 1, 2019 in Festival, Uncategorized

Gangtok, Sikkim, India. Gangtok is located in the eastern Himalayan range, at an elevation of 1,650 m (5,410 ft). Gangtok rose to prominence as a popular Buddhist pilgrimage site after the construction of the Enchey Monastery in 1840. In 1894, the ruling Sikkimese Chogyal, Thutob Namgyal, transferred the capital to Gangtok. In the early 20th century, Gangtok became a major stopover on the trade route between Lhasa in Tibet and cities such as Kolkata (then Calcutta) in British India. Today, Gangtok is an emerging as urbanized city with literacy rate of 94% of total population.

Pakyong Airport(PYG), a Greenfield project near Gangtok, was commissioned in 2018. It is the first and only airport in Sikkim. The nearest railhead connected to the rest of India is the station of New Jalpaiguri(NJP) in Siliguri, situated 124 km (77 mi) via NH10 away from Gangtok.

Rumtek Monastery, located on the outskirts of Gangtokone, is one of Buddhism’s holiest monasteries.

Nathu La (Devanagari नाथू ला; Tibetan: རྣ་ཐོས་ལ་, IAST: Nāthū Lā, Chinese: 乃堆拉山口; pinyin: Nǎiduīlā Shānkǒu) is a mountain pass in the Himalayas in East Sikkim district. It connects the Indian state of Sikkim with China’s Tibet Autonomous Region. The pass, at 4,310 m (14,140 ft) above mean sea level and forms a part of an offshoot of the ancient Silk Road. Nathu means “listening ears” and La means “pass” in Tibetan. On the Indian side, the pass is 54 km (34 mi) east of Gangtok, the capital of Sikkim. Only citizens of India can visit the pass, and then only after obtaining a permit in Gangtok.

Posted by Suchit Nanda on November 25, 2018 in Uncategorized

Darjeeling, West Bengal, India
Darjeeling, West Bengal, North East India is located at an elevation of 6,700 ft (2,042.2 m). It is noted for its tea industry, views of Kangchenjunga, the world’s third-highest mountain, and the Darjeeling Himalayan Railway, a UNESCO World Heritage Site. It is a very popular tourist destination in India. Darjeeling has several British-style public schools, which attract pupils from all over India and a few neighbouring countries.

The nearest airport is Bagdogra Airport, located 90 km (56 mi) from Darjeeling. However, during monsoon season, the road and railway communications can get disrupted due to landslides.

High resolution images of Darjeeling, West Bengal, India can be seen at: https://www.photonicyatra.com/Destinations/India-West-Bengal-Darjeeling/

Posted by Suchit Nanda on November 23, 2018 in Uncategorized

Posted by Suchit Nanda on November 11, 2018 in Uncategorized

Posted by Suchit Nanda on October 19, 2017 in Festival

Click below to see a few of the images: 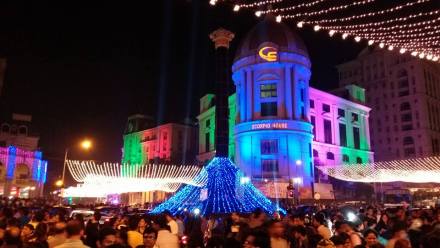 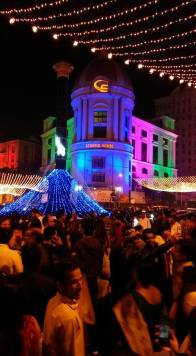 Posted by Suchit Nanda on January 1, 2017 in Festival, Published

Posted by Suchit Nanda on October 30, 2016 in Uncategorized